Showing posts from 2014
Show all

TROUBLE IN THE HEARTLAND Out Today! 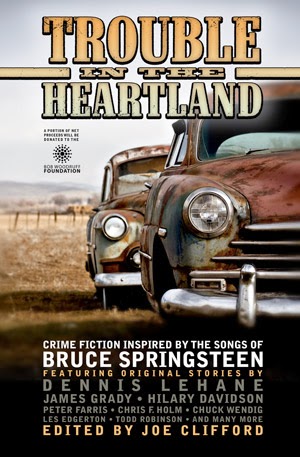 Every once and a while a project comes along that's too cool to turn down, no matter how swamped I am with other stuff. So it was with TROUBLE IN THE HEARTLAND, which is out today. TROUBLE IN THE HEARTLAND is an anthology of crime fiction inspired by the songs of Bruce Springsteen. It features such talented writers as Dennis Lehane, Hilary Davidson, Todd Robinson, and Steve Weddle. Proceeds benefit the Bob Woodruff Foundation, an organization dedicated to helping veterans. I was lucky enough to get my pick of songs to use as inspiration. The song I chose was "Mansion on the Hill," an achingly beautiful track off one of the most haunting records of all time , and I hope I did it justice. Thanks to Joe Clifford, Zelmer Pulp, and Gutter Books for their hard work on this project. If you'd like a copy, or you've got a Springsteen fan on your Christmas shopping list, TROUBLE IN THE HEARTLAND is available at Amazon and Barnes and Noble . Even better, ask yo
Read more

- June 12, 2014
The following is adapted from a handout I put together for a recent writing workshop. I thought folks might get some use out of it, so I figured I'd post it here. Query letters probably cause authors more angst than any other piece of writing (save, possibly, synopses), yet they’re a necessity for anyone who wants to land an agent. I can’t claim any special expertise in the realm of query letters, but I’ve had two agents in my career, both of whom I approached via blind query (meaning no client reference or invitation to submit). The fact is, you don’t need a long list of publishing credits to woo an agent. You just need a decent one-paragraph “elevator pitch” for your book, some manners, and common sense enough to follow the agent’s stated guidelines. Below is a version of the query I used to land my current agent, the insanely awesome and talented David Gernert. Is it any good? I couldn’t say. But I can tell you it worked. *** To [agent’s name; DO NOT MASS EMAIL and fo
Read more 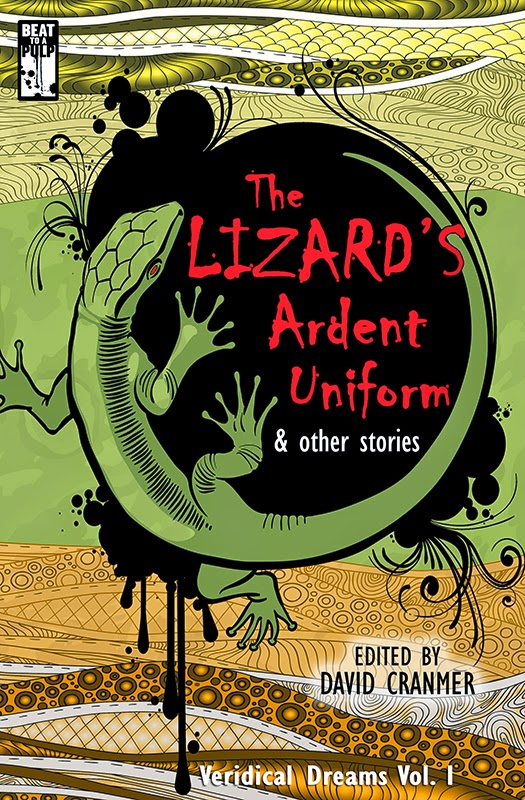 Today marks the release of Beat to a Pulp's latest anthology, THE LIZARD'S ARDENT UNIFORM & OTHER STORIES. My short story "The Lizard's Ardent Uniform" is featured alongside stories by such talented writers as Hilary Davidson, Steve Weddle, and Patti Abbott. This project has a special significance for me because it honors my good friend David Cranmer's nephew Kyle J. Knapp, a writer who passed away far too young. His dream journals provided the prompts for each of the stories in this collection, and a portion of the proceeds will be donated in his name. If you'd like to learn more about the project, check out this post on David's blog . If you've got a Kindle, you can  get your copy here . And if you'd prefer a print copy, David's got you covered there, as well .
Read more 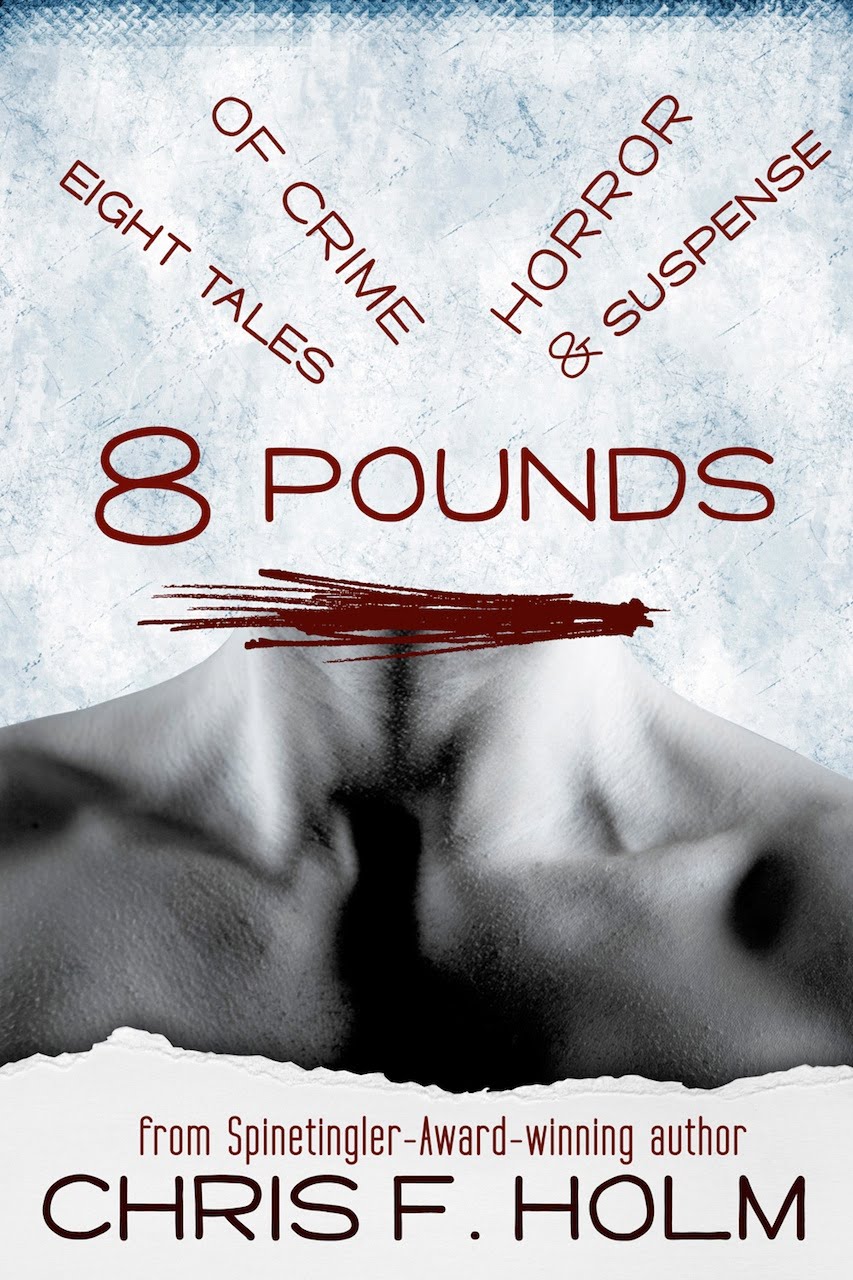 Some of you may not know this about me, but by day, I am a scientist. No, really. I wear a lab coat and safety glasses and do calculations and stuff, occasionally all at the same time. Take my word for it: it's very impressive. Years ago, when e-readers first transitioned from the early-adopter fringes to the mainstream and debate in the book-world turned to the artistic and commercial viability of self-publishing, I had no idea where I stood on the topic. So, ever the science-nerd, I decided to conduct an experiment. At the time, I had a number of short story credits to my name, and many of those shorts were out of print. I decided to bundle eight of them into a collection and put it out dirt-cheap, just to see what happened. That collection was  8 POUNDS . I was fortunate. 8 POUNDS was well-received. It got some great reviews from critics and readers both, and was even nominated for a Spinetingler Award. And while I didn't get rich off of it, it sold well, too. So a fe
Read more

- May 21, 2014
I'm honored, delighted, and not just a little stunned to discover that THE BIG REAP has been nominated for an Anthony Award in the category of Best Paperback Original Novel. Many thanks to all who nominated it, and congratulations to my fellow nominees!
Read more

A Whole Bunch of Big News

- April 12, 2014
A little over a year ago, my longtime agent and I parted ways. To say the months since have been a thrill ride would be an understatement. Thing is, I've been unable to talk about any of it... until today. I'm now represented by David Gernert of The Gernert Company . Formerly Doubleday's Editor-in-Chief, David represents some of the most talented authors in the business, including John Grisham, Peter Straub, and Stewart O'Nan. In addition to being a joy to work with, his keen editorial eye has pushed me to up my game, and my writing is better for it. Which (with an assist from Publishers Marketplace, who broke this news yesterday) brings me to part two of this announcement-slash-confessional: Mulholland Books  just bought world rights to my thriller, THE KILLING KIND, in a pre-empt two-book deal. All authors claim they're huge fans of their publisher's books, and some of 'em are blowing smoke, but I will swear upon a stack of Raymond Chandler novels t
Read more

- April 07, 2014
Northern New Englanders: Tune in to MPBN's Maine Calling this Tuesday, April 8, from 12PM-1PM to hear me chat about crime writing with fellow Maine scribes Paul Doiron and Julia Spencer-Fleming (as well as host Jennifer Rooks)! For those outside the listening radius, you can stream the show live on MPBN's website, or check it out at your leisure once it's archived.
Read more

- March 02, 2014
I'm thrilled to report that my short story "Pretty Little Things," which appeared in the July 2013 issue of Ellery Queen's Mystery Magazine, is a finalist for a 2014 Derringer Award! Thanks to this year's judges for choosing my story, as well as ace editor Janet Hutchings for publishing it in the first place. And congrats to my fellow nominees!
Read more

- February 20, 2014
I'm delighted to discover that Charlaine Harris (of Sookie Stackhouse/True Blood fame, as if I even need to tell you that) mentioned DEAD HARVEST in her "Books of the Week" blog feature ! I was lucky enough to see Ms. Harris speak at Bouchercon St. Louis a few years ago. She was nothing short of riveting. Afterward, she was quite gracious, signing books for anyone who asked (this guy included). It's an honor to think that, three years later, my debut novel made its way onto her bookshelf.
Read more
More posts